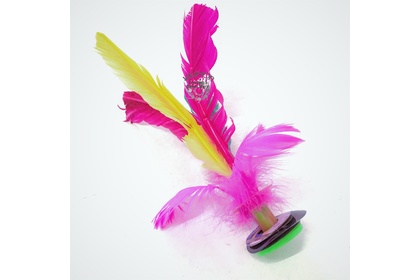 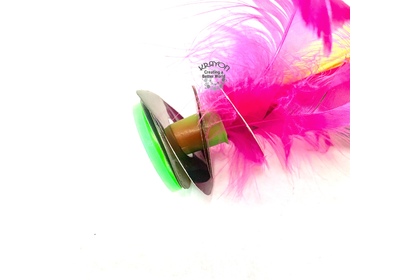 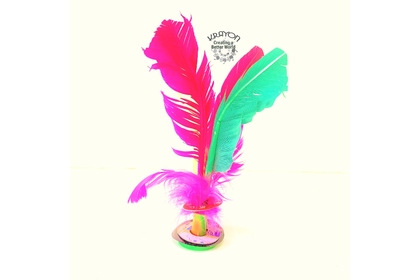 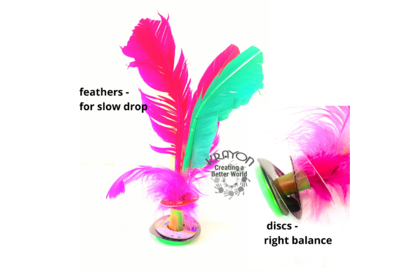 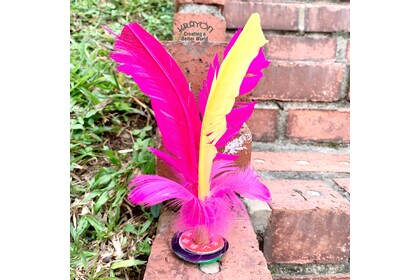 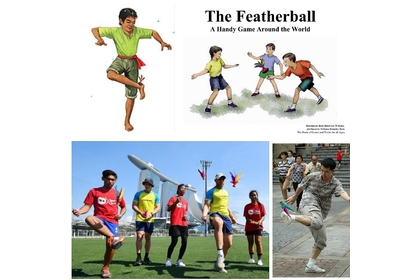 Chapteh is a traditional game, originated from China, called jianzi. Then introduced to Southeast Asia, and know as chapteh in Singapore and Malaysia. Chapteh is thought to be Malay or Hokkien based. Variants of the name include chapteh, chaptek, chatek. Whatever name, it definitely is fun especially kicking a colourful feather shuttlecock up in the air.

It is made of some rubbering materials tied together and some feathers are placed on top of them for stability when travelling in the air. The feathers has the same function of those in the badminton shuttercock.

Objective of the game is similar to takraw or raga, that is to keep this colourful feathered shuttlecock in the air as long as possible. It trains on both physical and mental - balancing, dexterity and when played in a group, definitely requires strategic planning how to balance and kick the chapteh to each other without dropping it. Just as it was introduced in China in the 5th Century, imagine it was used to train military men so we can imagine its function.